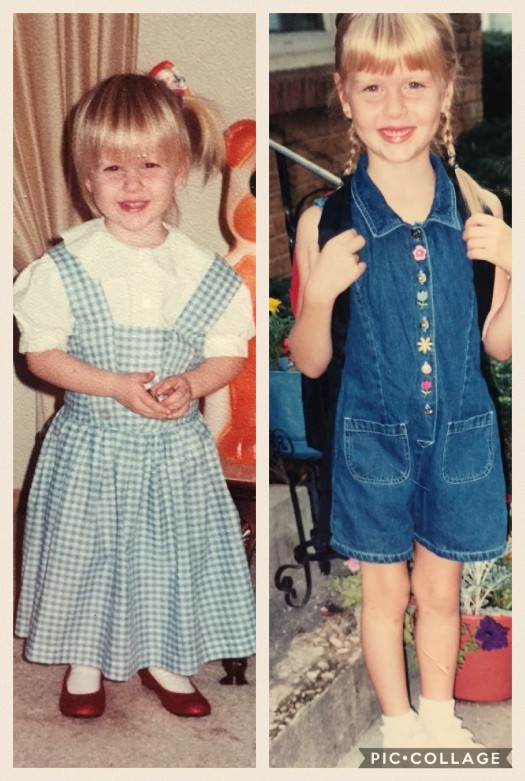 I loathe goodbyes.  It’s not like she had never been away from home.  For the last two years, she lived in an apartment at college.  But this was different.  She was packing EVERYTHING.  It was moving day and I thought I had everything under control.  Well, actually THEY had everything under control.  I wasn’t exactly sure of my role anymore.  I thought I would be part of a caravan helping to transport all of their collective “stuff” to a neighboring state…until I learned they wanted to do it all themselves.  Why should I have been surprised?  Every parenting decision I had made up until this point had been made with the end in mind.  My goal was to help create young ladies who could successfully navigate life without me.  I suspect his parents subscribed to some of my beliefs as well in order to have created a college-educated, card-carrying adult who assumed the role of husband just after he turned 22.  END_OF_DOCUMENT_TOKEN_TO_BE_REPLACED

A few decades ago in a state far, far away there were two young ladies dispatched to the same military base at the same time.  Because they were coming from the same school, arriving at the new base within a short time AND they were both female, they were OBVIOUSLY meant to be roommates.  They accepted this belief without question.  The young sailors looked at a couple of apartments before they finally settled into a quiet, two bedroom, two bath, first floor unit.    The older and wiser of the two was a very sweet young lady with a thick Alabama accent which so intrigued the younger and far more obnoxious one of the mismatched duo.  The sweet one could scarcely utter a sentence without having a few of her southernisms regurgitated back to her with a poorly imitated accent.  The southern belle was far too kind to smack her roommate so she politely resigned herself to six months of dysfunctional living.   END_OF_DOCUMENT_TOKEN_TO_BE_REPLACED

It was the best of times, it was the worst of times.  But this story is mostly about the best!  2018 was a pretty big year in Launch Lady Land.  For the second time in 85 days, there was another wedding.   The same week my youngest daughter got married in June, her older sister announced her engagement.  Being the frugal one that I am, I suggested that she just step right on up to the priest when her sister was done (don’t worry, my perfectionist younger one, I wasn’t serious).  It didn’t happen.

Just as in daily life, their wedding choices highlighted their extreme personality differences.  They both received the same wedding stipend but used it so differently.  My traditional youngest daughter spent all of hers, and then some, on a more formal event that took a whole year to plan.  She scoured the etiquette books to do everything “correctly” according to tradition.  Her very practical sister, who had just bought a new home, took the much more frugal route and chose her dad’s and stepmom’s back yard as the venue for the wedding and reception.  She couldn’t see the point of having a large, one-time party when she could buy a fence for her newly purchased back yard!  The thought of watching her wedding guests ingest surf and turf did not give her as much pleasure as imagining her two large dogs sprinting freely around her fenced back yard.   I suggested she treat her guests to a nice ramen noodle buffet or peanut butter and jelly bar, but in the end, the fajita bar was a tasty, yet non-traditional choice.   Gluten-free macaroons graced the dessert table which would normally contain a wickedly gluten filled wedding cake. Though it was a small afternoon affair, the tee totaling bride and groom did not deprive their guests of adult beverages. END_OF_DOCUMENT_TOKEN_TO_BE_REPLACED