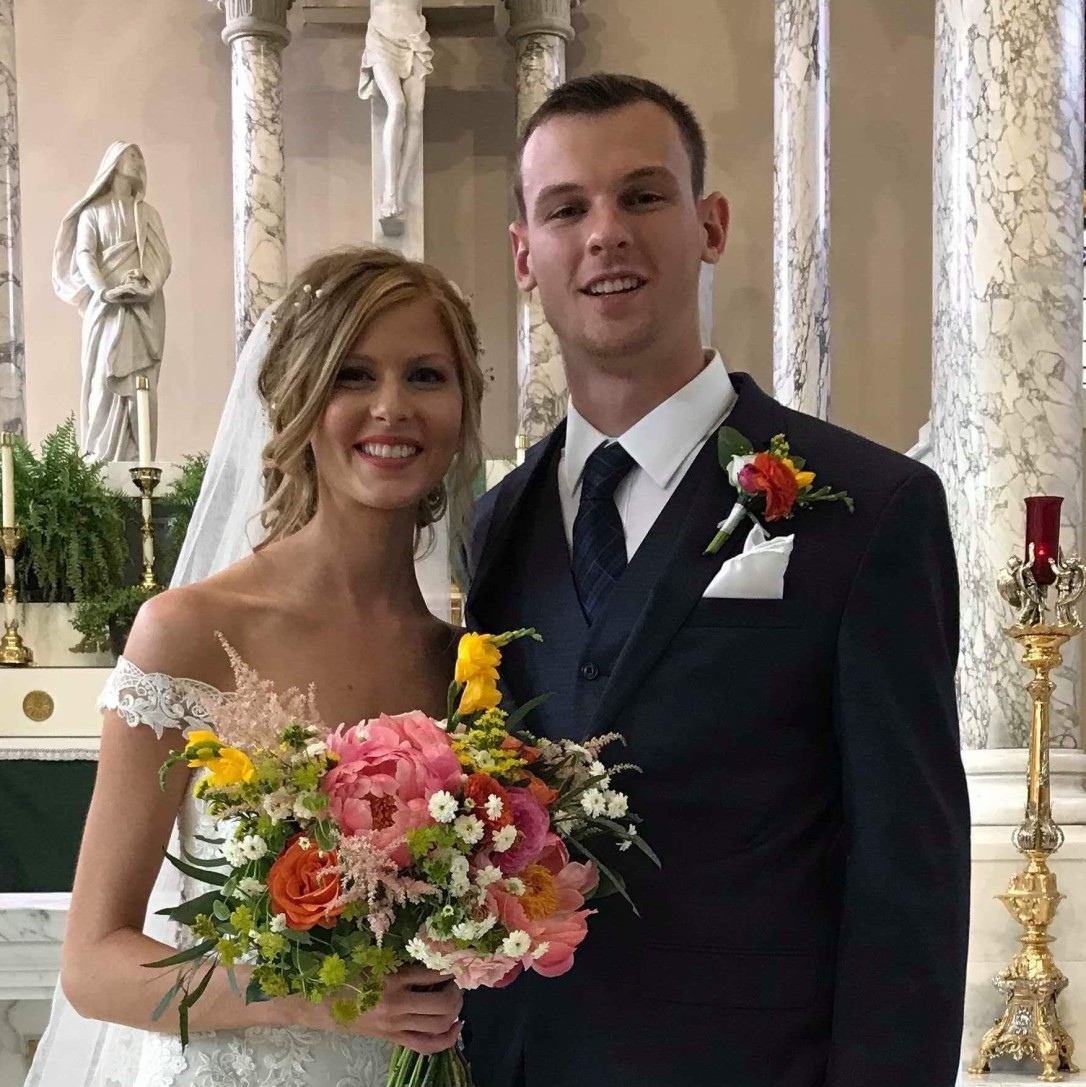 It’s been almost a year since the engagement.  I had plenty of time to mentally prepare, but no amount of time can prepare you for the moment you first walk into the church and see family and friends joined together for this very special occasion.   It was only the rehearsal, but it was time for the tears to begin.

I sat at the front of the cathedral near her dad.  When I asked how he felt, he said something about losing his little girl.  With a false sense of bravery, I reminded him that she was just borrowed, that she was not ours to keep.   I choked on my words as I told him that kids are given to us to help us grow up.  After all, we’ve been at this parenting thing for 25 years now.  We’ve earned battle scars, arguments, respect and maybe even a little wisdom along the way.  We’ve traded sleep for sitting in a steamy bathroom to calm a croupy child.  We’ve given middle of the night sponge baths to bring down high fevers.  We’ve cleaned up things that are unimaginable and unmentionable.  Things we probably hadn’t given much thought to before we decided to become parents.  We’ve been their biggest cheerleaders and also the worst people on the planet from our daughters’ perspectives.   Perhaps they were given to us to help us polish up the jewels we were meant to be.  For those who don’t have kids, don’t misunderstand.  There are plenty of opportunities for growth.  It’s just that when you have them, you have no CHOICE but to change, For better or for worse, a parent will never be the same as his or her former self.

The whole day was absolutely magical (well, except for maybe the 90+ degree temperature)!  I got a lot of compliments which I had to deflect to the deserving parties.  You see, while I did render some assistance, it was not with the planning.  I learned early on that the best thing I could do was to stay out of her way and let her do her thing.   After all, I had done my best to create an independent young adult.  This wedding was HER dream, not mine, and who was I to stand in her way! I will not be there to execute the rest of her dreams for her, so I was not going to jump in the middle of this one either.  I offered to read any contracts (After I enjoyed my $250 cake pop, I realized that they had not all been presented to me…).  I made myself available as a worker bee AND I was always there to say annoying things like “what is your rain contingency plan?” and “do both of you have valid passports?”  I tried to limit my intervention to the “big things”.   They handled every last detail from special thank you letters to the wedding party and parents to tissues at the end of the church pews.  If she ever decides to become an event planner, she has at least one successful event for her resume’!

It might seem pretty cold to some that I am happy to send my daughter into the world, but my job is done.  Her formal education has been completed and if she stayed with me, I would thwart her real education.    She has been loved and nurtured.  I was the first one to be entrusted with her care before she was born. I was privileged, along with her dad and sister, to be one of her first teachers.  I wish I could say that we did everything perfectly, but I can’t.  But if I could, then we would have denied her immeasurable opportunities for learning.  She still has lots to learn, but she has to find new educators.  Her newest teacher just gave his heart to her in marriage and it was a beautiful event to witness.

Now they move forward together on their own glorious adventure.  They leave behind parents who look nostalgically at the empty corner of the nest and wonder what happened to their babies.  But they didn’t really lose anything.  You see, her parents have gained a bonus son, and his, a bonus daughter.  As they set out to feather their own nest, we smile with satisfaction and look forward to watching them soar on their own.

Published by The Launch Lady

Watching my daughters turn into responsible, contributing members of society is the best gift ever! View all posts by The Launch Lady